Angular 6 is a smaller, faster and easier for using and it will make developers life easier. The Angular 6 scheduled for March 2018, with production release on March 28. Angular 6  is packed with goodies such as Ivy Renderer beta, How Road Maps Creates By using Angularjs TypeScript 2.7 support, Package Format (APF) v6 and more2017 was a good year for an Angular role but 2018 is shaping better compare to before year. Not long ago, we learn that the Angular community celebrates a new milestone like one million developers and that it has registered an insane growth, especially when compared with AngularJS. In the pipeline, Angular Js Released another significant and then it will enter a 3-year period of Long Term Support.

Get in touch with OnlineITGuru for mastering the AngularJs Online Training Hyderabad. 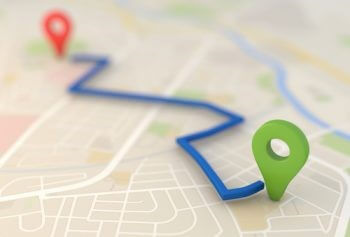 Bazel a build system used for nearly all software at Google, and also including Angular applications. It focuses on maintainable build configuration, federating management of the build across many collaborating teams, fast incremental builds, and hermeticity.

“Every developer at Google gets to use a consistently fast, reliable, multi-language build tool that offered as an open source tool called Bazel,” Green wrote in the post. The Angular team has been working with the Bazel team in order to bring this tool to the masses (a.k.a. Angular developers). they are currently building Angular using Bazel.

Schematics is a workflow tool it is for the modern web application. it can apply transforms to project, such as create a new component or updating code to fix breaking changes in a dependency. Or maybe add a new configuration option or framework to an existing project.

Angular CLI built on Schematics,  core technology allows custom templates and code transformations for use with the CLI.

Ng update delivered in CLI v1.7; it automatically updates to project dependencies and makes automated version fixes. Generally beauty of Schematics is that don’t need to wait for the CLI team to come up with features and we can build your own code transformations like ng update.

Angular elements create a bridge between the Angular component and the outside world.

Although Angular Elements used for development. As a matter of fact it is already using it on angular.io it is used to make dynamic rendering easier.

Ivy one of the backward-suitable Angular renderers, it focused on further speed improvements, size reduction, and increased flexibility.Ivy currently not featured complete but can be approved via enabling Ivy: true angularjs Compiler Options flag. We currently forecast Ivy to remain behind the flag until it feature complete and battle-tested at Google.

Since it comes as a non-breaking change, this means will get it automatically in a future release by just staying on Angular’s latest releases.

The Angular CDK gives developers stable, well-approved tools to add common communication patterns with essential achievement. Whether you’re authoring a universal, reusable component study or building a domain-specific component for one app. The CDK help you build what you need in less time with less code and lesser bugs. The CDK also completely unpointed when it comes to styling, making it easy to tailor your app to any visual language. Generally Our eventual goal is for all Angular component Athenaeum to be able to take advantage of the CDK, reducing duplication of effort in solving these common problems.

Afford the core activity we’ve used to build Angular Material. Now create own factors using our battle-tested aspect sets for convenience, i18n, RTL, overlays, and much more, according to Green.

Angular JS you can get started by understanding Concepts. It’s good if the people have knowledge of programming and some IT operations. Trainers of Online IT Guru will teach you if you don’t have knowledge of AngularJs.

Master in Java from onlineITGuru through AngularJs Online Training