Role of Cucumber in Ruby on Rails

I Hope you people think that the writer has mad after reading the title.  If you think so, you have mistaken. Moreover, my intention mentioned above is clear and has a meaning.  So, Do you want to know the secret behind the title? Read the complete article carefully to know the Role of Cucumber in Ruby on Rails.

We know that Developers used to develop the code continuously. When these people have a proposal regarding the new piece of code, he used to develop the test cases of all the scenarios for the model, he used to prepare. In the developed test code, BDD  behavior of various test cases.  In addition , Its major application is,  it gives test first environment for the environment and then the generated application code turn to be bug-free. It is somewhat similar to TDD with slight differences.   Let us have a look regarding the differences between those two.

Get in Touch with OnlineITGuru to Know more details about Ruby On Rails Online Course Hyderabad.

The test is more user-focused and has a application behavior.

This BDD has two ends namely

Document – This contains the feature file which is been accessed by all the people in the organization. This is useful for writing the test automation steps (or) acceptance tests. Moreover, this file is  a live document. All these files end with .feature extension.

Code –  This contains the technical specifications of the system

This popular tool used for used for Unit level test cases and especially for UI level test cases. Popular tools like RSpec( Ruby ) (or) in.Net like Mspec (or)  Spec Unit is the most popular unit testing following the BDD approach.

Before going to know the Role of Cucumber in Ruby on Rails Let me introduce you What is Cucumber?

Role of cucumber in Ruby on rails:

Cucumber is BDD  testing framework. It is used to define application behavior in a meaningful  English grammar using a plain grammar.  This grammar is defined by a language called Gherkin. Basically, cucumber itself is written in Ruby.  This framework is used to test the code written in  Ruby (or) other languages, but not limited to python (or) c (or) java.  The major advantage of this language is that functional validation in this framework is easily readable and understandable format like English.Moreover, this framework can also be used in Selenium, Watir etc. Additionally, it supports languages like PERL, PHP etc. Moreover , In certain conditions, this framework captures the  behavior of the system . And through it we can get the responses.

By adding new features , cucumber test can be performed . And Each test may contain several features.  Likewise, each feature consists of several scenarios.

Let me explain you  clearly  by taking the example :

When the calculator runs

Then the output should be “10”

The above example gives you the functionality and the purpose of various applications under test.

Each scenario is the single concrete example of how a system should behave in a  particular situation. 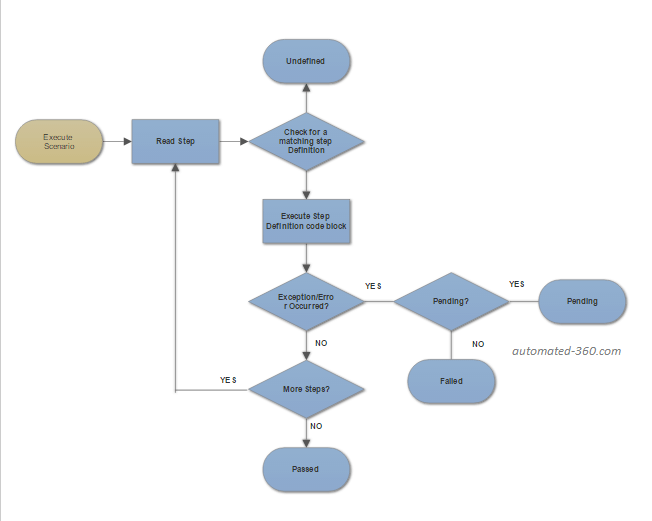 Scenario outline:  With different data set when same test needs to be performed when it is used

Ex: Login functionality with a different set of username and password

This will be return in background in several scenarios for test case repetitions .

Hope my dear readers, you got a clarity regarding the Role of Cucumber in Ruby on Rails

Ruby online Course  doesn't much  require prerequisites. So  It’s good to have knowledge of basic Concepts of PHP  And  HTML but it is not mandatory. Finally, Trainers of Online IT Guru will teach you if you don’t have knowledge of those Concepts.