it is a Java open source framework for you and me. With this Open source, we can develop web applications. It is user-friendly.

In 2009 it was developed by two google engineers. They are Misko hevery and Adam abrons. In the past, three Developers along with Misko started a project with Java and written up to 17000 code lines from 6 months. Unable to complete the project. We already know that Misko and abrons invented angular JS, so Misko challenged his another friend, bran that he can write, the total code in 2 weeks. But he completed it in 3 weeks and he decreased the code lines to 1500. The whole project was completely done by only one Developer Misko hevery. This is the beautiful story of Google Developers.

“The model is data, view is UI, and controller is business logic.” - Shyam Seshadri from AngularJS

In this AngularJS blog, I will explain you about the, following topics

1) What are the Advantages of Angular Js

2) Why you have to use AngularJs

3) What are the features of AngularJs

What are the Advantages of AngularJs 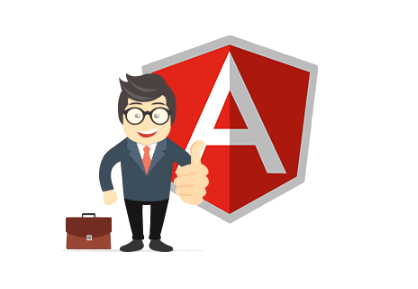 Less-Time- Frequently many projects implemented after months. But now, they implemented in a few days. AngularJS framework needs distributing the application into many MVC components. After that “framework acts as a friend”, it will take total charge because, of there no requirement of additional scripting.

Easy to learn- In general, learning angularJS is simple and easy, best job is to add a few attributes to the HTML code and you can finish your first app in a few seconds.

Simple Data Binding- I think you are a UI developer, do you remember a situation, when you are trying to design a text property on a sample. The need of binding to your app UI. It is a tough Job for many frameworks.

Fruitful Expression of UI-  Generally UI with Angular JS, is completely structured and understanding, it controls the components in an easy manner. As a matter of factor, Developers are not Designers these guys can know about mark-ups.

Low-cost – As we know that angular JS is an open source framework for everyone. You can deal with many useful apps at low cost JavaScript training.

Why we have to use AngularJs 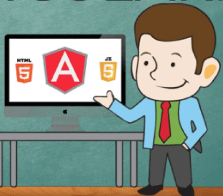 Less Coding- Today many projects are not completed due to the defects in the coding. AngularJs is developer friendly. Not to mention, it is a profit to the developers.

1) In the Angular community, they will not focus on pipelines. It has a simple data structure and no setter or getter functions.

3) With the help of filters, developers can control the data, by not touching any of their controllers.

4) As we, all know that directives are separate from app code; other groups can write them by without any integration problems.

5) It defines the HTML to make it more beautiful.

6) It has Data binding feature that stops developers from giving data manually.

Design your first App in less time- it has models known as ng-class and ng-models. This will cover many operations, which are in J Query. In other with dual binding, you can save more time and write less code.

What are the features of AngularJs

Ready made unit test- First thing to remember which type of description, in angular versions would be finished without remembering about its unit test. Complete angular linked with Dependency injection (DI). That what it uses to handle your scopes and controllers. Why means your every controller, will depend on DI to flow the information.

Pub subsystem- Must be remembered that, it is a common tool that accepts separate communications. With this in mind on the web, we can see many pub-sub implementations. As a matter of fact, Sometimes you do not need unwanted MVC components that to be learned by knowing your notifications.

Model View Controller-  Specifically in this, you can spread your application code into angular MVC components known as controller, sample, and view.

Testing -Another key point AngularJS is specially, designed in a direction that we test, the code from starting to ending. Therefore, it is simple and easy to test its components by unit, single testing and point to point testing. To get in-depth knowledge on Angularjs, you can enroll for live Angularjs course by OnlineITGuru with 24/7 support and lifetime access.

Dual Data Binding- Particularly it designs dual data binding, in between the exact element and order prop sample. Order prop implemented as the input for the order with a filter.

On the Positive side, I think you have enjoyed my blog on “what is AngularJS”.

Specifically, you can get complete updates,  on the angulajs tutorial it’s free you can see it here.

Must be remembered, do you know about angular latest version?, get complete Details at onlineitguru