Generally,Get Started by using AWS with AWS SDK for .NET. The SDK will Take critical part in the Coding that is given by .NET API for AWS Services. AWS services Contains Amazon S3, Amazon EC2, and Amazon Dynamo db. SDK can be Downloaded from Nu Get or it is Installed with MSI package. As a result it also Contains AWS toolkit for Microsoft Visual Studio 2015,2013 editions  and Windows Power shell AWS Tools. In the First Place it gives Importance to Aws SDK with Dot Net. 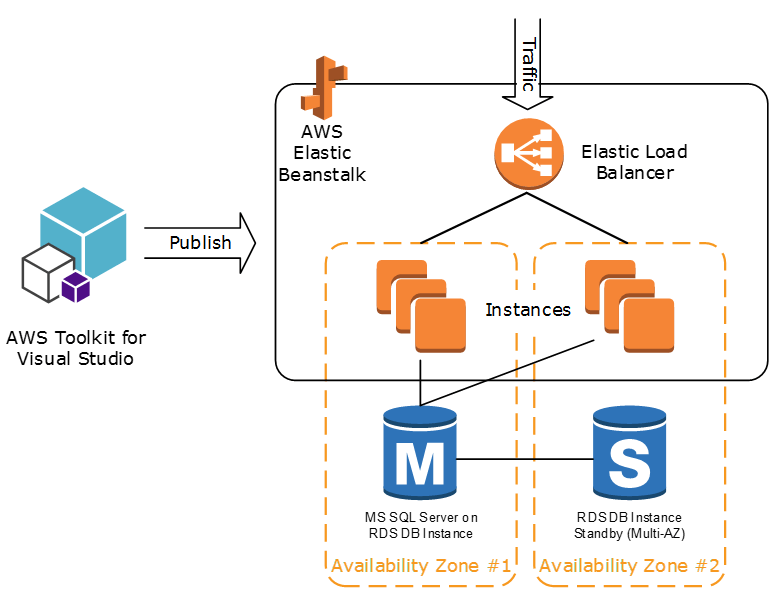 Accordingly, the AWS online course with SDK can be follow in many Service Specific branches on Nu Get. If we take an Instance it contains AWS SDK. EC2, AWS SDK.S3 and AWS SDK.DynamoDB. As a result Each of this Branches will operate with AWS SDK. Core. By the way.If you are related with Service Packages in Nu Get Package Manager.

The AWS SDK for .NET gives some other good projects that show how to use AWS. The AWS Console Project is best starting Point and included in AWS SDK Documentation.

Start from Visual Studio Start Page by clicking on New Project. After that select AWS from Templates List and after that, choose AWS console Project and then click OK. Left by Implementing Existing account and then click OK. As a matter of Fact explained as Aws SDK with Dot Net

By starting an updated New Project from Template. By the way, As a result The visual Studio with AWS toolkit can automatically arrange the project with Access keys.

The Example Application is implemented by, declaring a dependency on the .NET for AWS SDK. Go through the Access keys with App settings. By Instance of Amazon Simple storage Service Client. By the way, Get Interacted with Amazon S3 in so many ways like by Designing a Bunch and Uploading file. Incidentally,If you get any Problem in setting your file. Similarly Descriptions are samples are Included in Aws SDK with Dot Net.

AWS is giving below Tools for .NET Developers that Implement with Amazon Web Services.

AWS SDK for .NET creates it very much Easier for Microsoft Developers to Design .Net apps. This apps are measurable and low Cost. For the most part We have good Design Services like AWS lambda and AWS Elastic Cloud Computing, Amazon Simple storage Service. And known for AWS sdk .net core.

Regularly this Two shells are Power shell Modules and are Designed Automatically to show off AWS SDK for .NET. In this case the AWS Power-shell Tools start Programming Functions on AWS with Power shell Command lines. Subsequently, Cmdlets done by the Service Clients and ways from SDK. Lastly,The Cmdlets will guide by Power Shell Experience. In the same Fashion powers hell is the main part in Aws SDK with Dot Net.

Regularly,Visual Studio Tool kit is Plugin for the Visual Studio IDE that creates it easy for you to move, design and develop .Net online training Hyderabad Applications that Implemented by Amazon Web Services. In this case the visual Studio Tool kit gives templates for AWS Services and Move complex issues for Server less Apps and Web apps. You can Implement AWS Explorer to handle Amazon Elastic Compute Cloud Examples. And it runs with Amazon Dynamo DB tables. Furthermore it shows alerts to amazon Simple Notification Service Queues and many more.Consequently, You should have an AWS account. This Account starts you to Implement. This account starts you to implement AWS Services. For the most part

If you want a AWS account on your home page. Above all Concept will explain about Aws SDK with Dot Net.