Is DevOps is a Good Career?

DevOps is a good career, because today if we see any Job posting. First, we see the name of DevOps only, it is growing everywhere. DevOps Programmers are among the highest paid employees in IT sector.

However, a technical graduate can choose it as career path. It is a well-known tool set. Other technical experts say that it is the best career for everyone. So lets us discuss about DevOps, that it is a good career path or not.

What does DevOps Do?

Many software professionals confuse or feel difficult, when a new update has come in the software. People feel that software platforms and products run on low quality. Latest Software will not behave as fast as the old software. 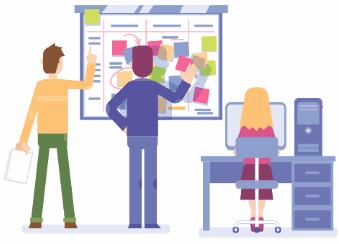 Therefore, to overcome this, DevOps pointed towards with a combination of technology. It's tools and practices progress to a new culture shift. This modified change will work together and it will encourages teamwork, communication and collaboration.

DevOps contain automatic software delivery and best Architecture updates. So we have a set of tools and services that gets involved with it. However, DevOps team target, how tools in a software work together. DevOps sit in center of quality assurance and operations, implement Devops automation tooling and best collaborative practices.

So by, this if a company choose DevOps principles, it automatically go with collaboration and automation. The company works to Design, release, and test updates. Both of the Infrastructure and Software products go with low risk. By this DevOps makes the organisation more powerful and responsive to the customers.

Is DevOps a Good Career?

DevOps has Come into the market Recently. If you start career in DevOps, I think the first Job would be Sysadmin coder or multi language programmer. If you have a knowledge on Infrastructure management, it would be better. The Common Quality is that, he should have the ability to go with System administration, testing, and Development. Therefore, you can easily start your career as a QA, DBA, Sysadmin, or a developer.

We have 7 main DevOps Roles.

Now we will discuss Each and every Role step by step

Generally DevOps depends mainly on automated systems. In some cases Automation Architects called as Integration specialists, they implement techniques for non-stop Deployments. In the mean time they ensure rich availability on pre-production and production. He has best roles across many cloud platforms and DevOps tools. This is the best example for DevOps processes.

Specifically Release manager is also known as Release Engineer. The Job role is to point the co-ordination of the product from the development process. This guys will replace the old project manager. Similarly Role of this managers is to check testing, flow of testing, Integration, coordination and many more. As a matter of fact they mainly focus on designing and maintaining end-to-end applications.

We know that every company has quality Assurance or QA analyst. To get the best output. Here the game changes, the QA testers replaced by XA experts. Not to mention XA expert has more skills and knowledge compare with the old ones. However Companies will Replace QA experts with XA experts by recognizing the end user mind-set.

Not to mention Past 20 years ago, the System security is considered as afterthought. And considered as non- functional part. However, at present it considered as Quality check-up and quality assurance. DevOps  minded companies have security engineers; they work side by side with Programmers. In the same way they design security into the product in the initial process and not at the ending process. Moreover this Job is the part of DevOps Engineer Jobs.

Generally Old operational professional or administration professionals focus on server operations. In common, their machines work with small modification. The familiar interruption service look like applications that operate on those servers. So, the Modern DevOps need new techies.  Most Important is that these people sometimes called as DevOps Engineers. In the same fashion if we have old and traditional environment in IT. Consequently DevOps need a person who can operate effectively on many operations, DevOps tools, servers and databases.

We have many IT organizations, who process the same work that done by DevOps. To overcome this DevOps introduced a leader, known as DevOps Evangelist.

Not to mention Why this person considered as leader means, he will promote benefits of DevOps. By Recognizing the business benefits with a greater approach. As a result modification, the devOps evangelist starts operational teams and Development teams. He identifies the main point to support DevOps Delivery methods. Hence, Simultaneously he train IT professionals and empowers to design the changes.

So, I completed my blog, Is DevOps is a good career, I think you have enjoyed it.

Onlineitguru is providing special training on all Devops Job Roles. If you are interested in DevOps and if you want Explore in the field of DevOps. Therefore enroll with OnlineITGuru DevOps training and become a DevOps Engineer.