Today I come with a topic How to configure Selenium grid using Docker? Docker is not a new topic. The Docker software debuted to the public in 2003 in Santa Clara. I give a small overview on Docker on below. This blog explains on How to configure Selenium Grid using Docker? I am going to give an answer to that question! Check it out guys if you like my blog share it! What is Selenium Grid? What is Docker? first know about these two things, before going to the main topic.

What is Selenium Grid?

Selenium grid was developed by Patrik lait body. It can perform cross-browser and cross-platform testing on multiple browsers and machines in parallel. In 2008 entire selenium team decided to merge selenium web driver and RC and formed a most powerful tool called selenium 2.0. It will run the tests parallel on different machines against different browsers. At the same, it will run different tests. Selenium supports distributed test execution. It is the best way to speed up your tests. 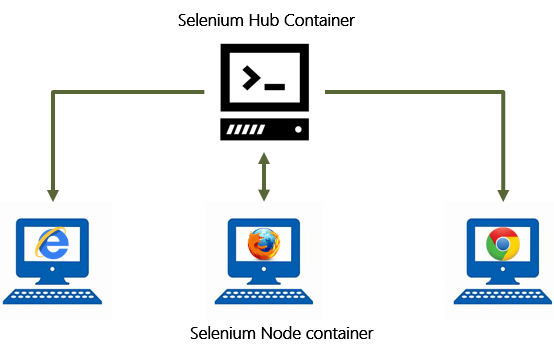 Docker is a light-weight application that deploys VM-like container that supplies system level resource to allow very easy deploy and multi-tenancy. It allows Linux containers capabilities in the most efficient way. It provides an ideal environment for distributed testing. Before Dockers coming into the market, maintaining and spinning up the Selenium grid take more time requirement for constant maintenance we should keep up at all running time.

To avoid these problems we can use Docker this will remove the need for maintenance. Automation has been much able to scale at a much faster rate. By using Docker with EC2 spin up the grids pull them to lower all in a single automation and run in the span of fewer than 2 minutes. It is a platform allows running the containers within the same machine. It is an open platform for system administrators and developers run distributed applications whether data center, laptops or the cloud. I hope got some idea about Docker who are reading this blog. Get Docker training at onlineitguru.

In this blog till now know what is Docker? and What is Selenium Grid? and come to the point How to Configure Selenium Grid using Docker?

Finally, when an automation is completed with full regression run, we will remove the EC instances. The solution will solve the problems like scalability problems, cost, and maintenance. Nowadays everything will be done on a demand. We won't need EC2 instance at permanent. When you want to update a Selenium grid for this problem Docker have a solution for this one that is definition file know as Dockerfile that contains all commands the user needs. Already Selenium is written everything for us Dockerfile will do super easy to up your Selenium Grid using Docker within a span of time.

If you configure Selenium Grid in Dockers Containers need to follow below steps:

Selenium also made Docker images which are present in the Docker Hub. We have browser images and the Selenium Grid - Firefox and Chrome, also including the debug versions which will allow us to access and see the test executing by using the VNC. By using instructions Docker image read-only template for creating Docker container. Docker Hub carries the images from the official images from the organizations like Google, Selenium. You will find more images as per your requirement by browsing the Docker Hub. I know this is not sufficient content to this topic but, what I have in my mind just put it in this content about How to Configure Selenium Grid using Docker?

For more information get touch with Selenium Training

There is nothing prerequisite required for learning Selenium.It’s good to have analytical skills and knowledge of some and the basic idea of troubleshooting and some knowledge of programming languages like Java, C#,  PERL and one database like MySQL. But not compulsory. Trainers of OnlineITGuru will teach you from the basics.