Why do people prefer Python?

Get the best training from the real-time experts of OnlineITGuru through Python Online Course. 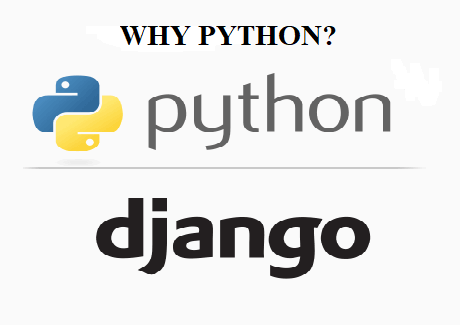 Additionally, there are some other advantages and reasons for developing the projects using python. Some of the reasons were stated  below

Today data is increasing day –to- day. So there is a need for analyzing and processing of data. And this analyzing is usually done by the data scientist. This data scientist usually runs different algorithms for processing of data. And all the algorithms that were written today in data science were written using the Python programming language. And today in the corporate world, most of the people adopt python as a programming language for the purpose of development.

A python is the best programming language that contains the number of libraries. A library is a set of predefined and executed  (function)code. Through this built-in library functions, developers require only less amount of code to write. This python has three powerful libraries.

Now the people learning data science very huge, Already you know the python then we learn how python for data science useful

Basically, a panda is a programming language. In the internet ,it is available as a free licensed software. Through this development and analysis can e done easily. Additionally, it offers data structures and operations for manipulating numeric tables and time series.

It is a  library for python programming language. It adds support for large multiple multi-dimensional arrays and matrices Additionally numpy supports a large collection of high-level mathematical functions. Arrays usually operate these functions. Moreover, the panda is on the top of numpy. Its main intention is to integrate well within the specific computing environment.

It is a python 2 D plotting library. it produces publication quality figures in variety environments across different platforms. In the development of a project,  this library is used in many places

For example python and i python s Jupiter notebooks and web application servers.

In addition to  this, it has the following frameworks :

It is a python web application framework, that encourages rapid development and clean pragmatic design

Flask is another framework.  And the people can extend the philosophy. It is more python than Django. Because code in most of the cases was explicit. It is advisable for the freshers to begin the code with a flask. Today, while developing a project, we need to integrate many things. So many people recommend this for integrations.

Additionally, python has In coming years, python is the best programming languages for the developers to develop the project and data science has the best future in the IT industry.

There are nothing additional prerequisites required in order to purse to Python course. It's better to have a basic knowledge of programming languages like C  (or ) Java. But not mandatory. Trainers of OnlineITGuru will teach you from the basics if you don't have that knowledge.